Pirate Radio got its start in 1996 when Brentt Brown (guitar/vocals) and Ryan Keeley (bass/vocals) were randomly chosen to be freshman roommates at Bucknell University. After finishing college and recording an album of homemade four-track demos, they relocated to San Francisco and formed Pirate Radio with Brian Stein (drums). Vintagely recorded at Tiny Telephone studios with Aaron Prellwitz, Pirate Radio (2005) captures a band defining its sonic soul and musical core, one that would sustain them for a decade and counting.

Oren Williams (drums), formerly of Baby Carrot, and Ian Shaul (guitar, lapsteel, vocals) joined to help finish the band’s second album Welcome Home in 2007. Welcome Home saw the band experimenting with a wider palette of sounds, including a number of country-tinged songs with strong harmonies and horns. “We recorded it in two all-nighter sessions and then proceeded to spend two years overdubbing,” says Keeley smiling. “On Welcome Home we learned how to make a record.”

Armed with a fresh batch of songs and in a story-telling mood, Pirate Radio returned to the studio in 2009 to record Fires in the Woods which proved to be an even more ambitious album. The cowboy reggae of “Ride Wild Hearts’ epitomized a new direction for the band. As Brown says, “[Producer] J.J. [Weisler] really pushed us to play fewer notes and let the drums take the lead. It left us with a canvas of silence that we could paint on later.” Williams agrees, “My fondest memory is of us all playing percussion on ‘Hearts’. It took like 30 takes but we got it. It was one of those nights where you couldn’t sleep afterwards because you were bouncing off the ceiling.”

Shortly after the release of Fires, Jarret Cooper (keyboards), a long-time friend of Williams, joined the band to replace Ian Shaul. “Jarret has helped us diversify,” says Brown. “He gave us the chance to return to more of a garage rock / single guitar sound, while also driving us in completely new directions with a real bonafide keyboardist.”

Despite the addition of three children, another on the way, and a marriage, Pirate Radio somehow managed to knock out their best album yet. Shortly after Cooper’s arrival, the band began recording Plainview, a contemplation on change and the struggle to create art when life gets in the way. Stylistically the album has incredible range, shifting seamlessly from 60’s garage rock to kraut-rock, folk and bluegrass all without missing a beat. Recorded in a hodgepodge fashion, Pirate Radio returned to Tiny Telephone Studios to mix the album with James Riotto. Keeley says, “It was kinda like a homecoming for us.”

Pirate Radio has been a mainstay of San Francisco’s live music scene for over a decade. For booking information please email: pirateradiosf@yahoo.com.

Site Created and Maintained by: 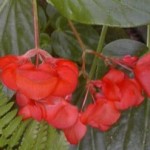 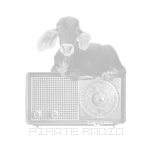